The anabaptist movement began in the 16th century, a time of radical change for the churches in Europe. In these turbulent times, a group of followers of Zwingli, a reformer of Zurich, demanded a more radical reform. The movement of these so-called «Swiss brethren» or anabaptists (rebaptizers) spread to France, Germany, Austria and the Netherlands and took on many different forms.

In general though, anabaptist groups called for a conscious commitment to faith symbolized by adult baptism, freedom of religion, the end of the state church and non-violence in conflicts large and small. These ideas were quickly condemned as heretical and anarchist and the movement was severely persecuted throughout Europe. 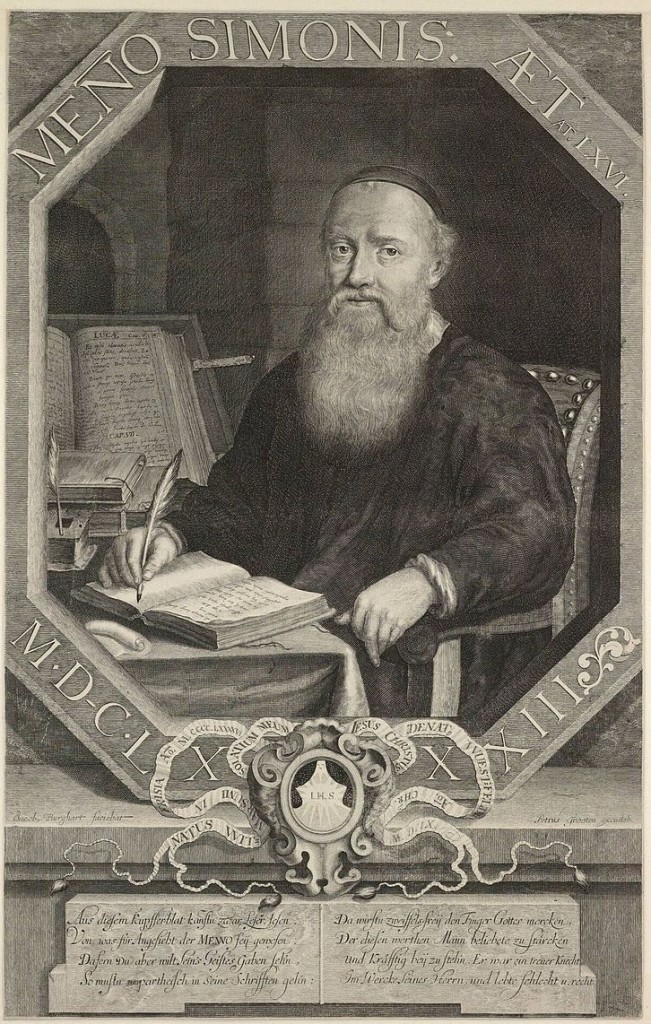 When an extreme and violent fringe of the anabaptist movement was crushed in the north  German city of Münster in Westphalia in 1534-35, the anabaptist groups of the netherlands and northern Germany were reorganized and led by a former Dutch monk, Menno Simons – hence the name „Mennonite“ for many of today’s anabaptist groups.
Over the centuries different Christian reform movements have influenced the anabaptist groups but it was in the 20th century that their 16th century beginnings were rediscovered. In the centuries following the reformation, the movement, although small by comparision to mainline churches, continued to spread around the world. Here in Switzerland, there are 2’400 Mennonites in the Jura, Bern, Basel and the Emmental. Worldwide, there are about 1’200’000 people who identify themselves as anabaptist.